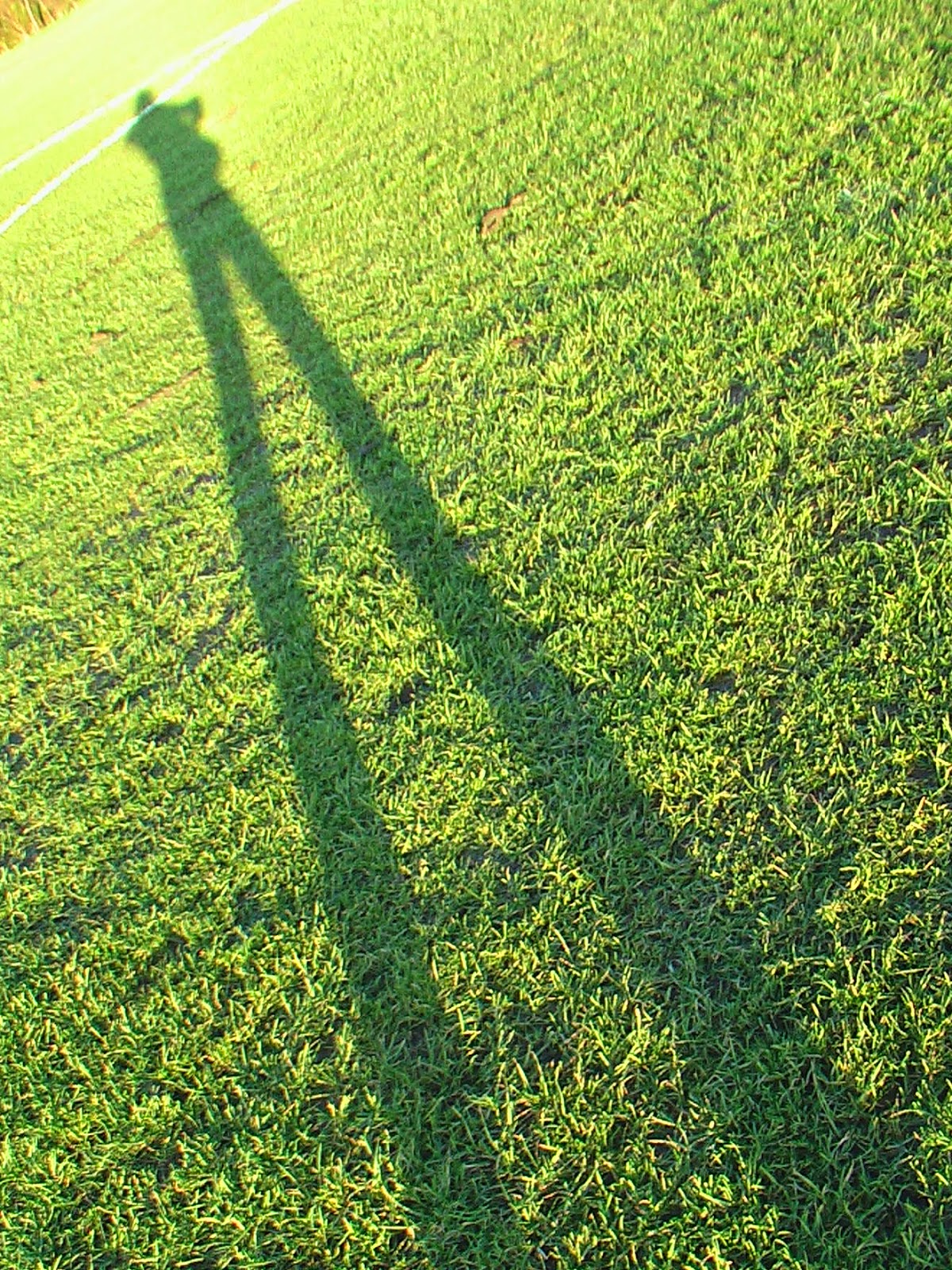 © Sybille Castelain
Sweary material. Things might be true... but then again it might be. There is always space for inaccuracy and extravagance! But it is mainly the reverse of lies!

Brad Feuerhelm, managing editor for ASX. North American with muscles from Monsieur Propre. Lives in the nipsters area of London with his Aleicester Crowley clan. Both amateur & professional on photography... Who cares? Collector... From what I have seen on his own photographs, just plain crap. One can’t be good at everything.
I got introduced to him via Anthony Faramelli, a North American who teaches in Kingston and the Atlanta boys Lee Tesche + Ryan Mahan of Algiers the band, a music trio  (Franklin James Fisher lives in US) at the ICA. So, no I never physically met the geezer!

Not that the meeting with these people @ ICA went bad, but it was weird! Bearing in mind that, according to the normal... I am weird... However, we didn’t connect much in terms of weirdness. There was this miraculous suspended point in time when I said I ran my blog coz it was a good opportunity to meet people and perhaps find a job. Do you remember when Georgy Bushy was told about 9 11 in the classroom? His lizard’s look? Same. Complete silence. No reaction, no questions asked about type of job I was looking for. When I left the polite gang, I felt awkward for many reasons, but couldn’t nail them. So, I just vomited by the Captain Cook statue. Illuminati buoys.

Nevertheless, I went a few days later to what they promised to be a sensorial event, etc, etc... @ the Red Gallery. James Batley was nice at first, Michael Salu was talkative, Lee Tesche of Algiers was dismissive and lecturer Anthony Faramelli was ultra nervous. Ryan Mahan of Algiers was there but super discrete – maybe he was on a secret mission. I mean... I had, with their agreements, contacted Time Out, NME, The Guardian about their music and event + contacted a few people as they urgently needed a new place to live. Well, from the 500 people expected (that was the capacity of the place)... we could easily breathe. I saw Feuerhelm “œuvre” = I don’t think it was meant to be that funny. James’ film was experimental and cool to rewatch, the band The Crow were pretty good for an emerging band. They were not signed on Pop Noire as James and Anthony had told me / everyone! Then, there was that Karolina girl, a Dennis Cooper friend who gave me an invite to some re-enacting of a murderer / puppeteer at this stuffed animal’s place. Although I have a bit of an attraction for the unusual, I have no interest in celebrating murder or other abject seedy situations, but my door is open to the unexpected – expect the unexpected as the 90’s campaign went for Dazed and Confused, or maybe it was Jockey Slut?
I wrote to Polish Karolina that “I’ll give it a go and could publish on my blog, here is my address to send book, soon please because I am slow to read, digest, evacuate”. “Sure, come to the event and you can buy the book” was her reply.
So, I went: “I have to write-advertise about your event; pay for the event; buy the 40 quid book at the event; read-digest-evacuate-interview-write about the book?” She was very sorry that if I wanted to write about the book, there was only one way... buying it! I am not so desperate about cheap capitalism, so I went for a stay-in night and read myself a Calvin & Hobbes bed time story.

Lee and I had a long surreal e-conversation. He was so polite that it s/melt of sulphur. There was definitely some misunderstanding that he chose to abort by silence while Faramelli sent a text @ 1AM “fat finger poetry”. It’s funny because I saw the geezer 3 hours in my life! As if I’m a whore on call...
Out of curiosity, I had a look on this Feuerhelm geezer via his FB and couldn’t believe my luck: a gem of misogyny! A non-objective photo “critic” rubbing shoulders with the cream of the cream: Richard Mosse, Cristina De Middel, Broomberg & Chanarin and the Photographer’s gallery / Deutsche Börse photography prize Klan. Strangely enough, I wrote one thing about a TPG exhibition and got kicked out of their press mailing! I bet there is some of his male North American friend / Crowley devotee in semi-control of who gets in... or not!

The Algiers peeps went to cry over their spit milk to French domino girl in New York who happened to be friend with JD the DJ et hop they got their first French article. It’s funny because they’ve been in the zik biz for 10 years, most possibly 20... had no major reviews in their home country, nada in London apart from me, played about five times and a half in London in the past 5 years and the paper I worked for in Paris gave them coverage for the one and only song... that is already over three years old. Don’t get me wrong. The song is good. I am just questioning their mushiness attitude. They were quick to put their French popus on their e-walls. So I went “Oh, so you don’t want to be DIY anymore, you got a major record deal?” and Lee went “Yeah, we are so pleased to be in that French mag”. But I like Lee, he likes dogs. Brad says Lee is a genius. Well, they have breakfast together on a daily basis!

Last year, Brad was very pleased that his friend Richard Mosse won the £30,000 award Deutsche Börse 2014 photography prize. Before I knew they were friends, I saw the exhibition @ TPG and thought his images were coffee table crap for ass-bleeding lickers! I am not just talking about his “Madonna and Child” pic...

Anyhow, our Brad travels around the world, has a pied-à-terre in London village, vomits on how unfair the world is on FB – FB is his confident – therapist – best friend – maybetoozuckerberg for him but life is no fair... and on women! Say Abramovic to him, or worse Pussy Riot and he goes wild. Verbal diarrhoea ensues!
Then again... I might be wrong on his sexist / misogyny / female intolerance because he’s quite friend with D&C “colossal rockumentary”  New Zeland 20K DOE female “film critic” (oh and Houellebeck vanished too). Thinking about it... she is very good friend with Chris’ 2nd DVD and sodagoodmovies. Weird that they jumped me off their mailing boat. I guess I am getting paranoid; aren’t they all, these Mouton de Panurge preaching Crowley “Do what thou wilt shall be the whole of the Law. Love is the law, love under will.”? Naughty Crowley who nicked it partly from Rabelais! I wonder if they knew great devotee Peaches Geldof, The Great Preachess of his rituals. For sure, JD the DJ was sad when she died. Maybe that’s how they all met after all, at the funeral (RIP).

He doesn’t openly criticise The Guardian Jonathan Jones because, well, just in case The Guardian rings his Stokey palace bell one morning and offers him to ink their pages... can’t take too many risks in life innit? Maybe ASX doesn’t pay him well?

Def, am weary of these guys who want publicity but give nothing back. It’s true though. Another example? I’ll spoil you. Tom Hunter, another Brad boy friend was happy for me to write on his exhibition. Then, he posted on his FB and Twitter all articles written about him. We were eight, but he posted seven. I pride myself for being a good reminder of stuff. But he is deafer than I am! Despite my tags on social media and my five emails times two (he has two emails, so I write on both in case one is down coz in technology... it’s still technology – fuck happens). Must have been lots of fucks! Or he is a fucker himself!

Interestingly enough, Brad’s friend curator Gavin Grindon (who also happens to be Anthony Faramelli’s colleague – yes, the world is small) who curated Disobedient Object with Catherine Flood  (show still on at V&A BTW) has elected to exhibit Guerrilla Girls 1985 ad-poster questioning the world of art with 4% of women representing it against the world of nudes represented by 76% of women...
I am not good at math, but it looks like ASX hasn’t greatly participated to its change.
That’s precisely what I was questioning on American Suburb FB page! Brad deleted my comment and censored my future “like” or “comment”. I can only share...

So, I am sharing my view on you Brad Feuerhelm “you can call me a bitch, I don’t give a flying fuck. Why don’t you pack your Sun Protection 50 (you’ll get burnt anyway) and take a never-ending holiday in Syria? I bet you’ll go to Mexico to show off your courage! Mexico is no danger for you, they’ll think you’re a narco-traff!”

Other related posts on those bunch, one way or another: