French kiss // exkiouz my French // French letter // to French or not too French // French people in London... it’s not an invasion, it’s an infestation! London is the fifth French town. I live there 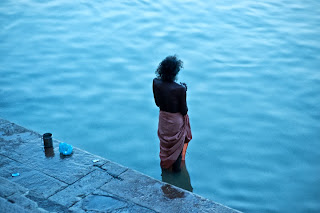 Friday 18-oct-13 = email from French Embassy in India “We are very interested in touring your DJ-VJ in five towns in India for 2014. We would like to know if you could lower his cachet @ €700 per date (we obviously pay for flights, hotels and meals)”
I thought my Yahoo was getting a bit temperamental and brought back a 2011 email. I read it less than 10 times until I decided my French was still quite good. It was not a 2011 email and forwarded it to Parisian Ninja representative, whose artist name is taken from an Ed Rusha’s painting-meaning-crazy-in-Verlanland.

2009, that artist-businessman wants to tour in Latin America and wonder if I am still there. Euh, non. Just had an accident, relearning to walk, but I can help if you don’t mind touring via the French Embassy // French Institutes-Alliances based there. “I’m dealing with Gilles Peterson in Paris. I get you on the guest list. He plays tomorrow. We can talk there?” – “Am not based in Paris, but I can come next week.”

The office is full of young lads, cool guys who say vous to me when I say tu to them... so far, I hadn’t realised I had aged! Or maybe... I am a woman? Eventually, DVJ turns up, we speak, he gives me DVDs of his work to watch and goodbye. First impression = he is a business man. He is very charming. By experience, I don’t trust charming guys and less when the word money serves as a comma in each sentence. But, by experience, I should not have prejudice. Back in the snowy street of the 9th arrondissement, I managed to make a show of myself at peak hours and got almost ran over as my legs are hanging around in the air. Bad omen! BUT, by experience, do not be prejudiced against bad omens = sometimes bad shit happens and it can be good shit... Rama Rama.

In Latin America, I was not an expat’ = I was not paid by a French government or sent by a French organisation. I was a foreigner, having to leave the country every three months for a stamp on my passport. I taught French and English at local rate ($10 dollar an hour) and managed projects such as Bjork, Matthew Barney etc @ $300... per project = 2 to 3 months = lower than the local rate! When it was fiesta time, I drank and smoked spliffs, but didn’t coke. I repeat = I didn’t whiten my nose. Not even once! You do it or you don’t. There is no in-between in Latin America. It’s a political choice (and no one, absolutely no one smuggles cocaine unless under threat!) I came back... poor. Some people get married, have kids and divorce = it’s a fuck up, but an “acceptable” one, others need to breath another atmosphère and fuck up too, which few can understand.

For a businessman, the AV’s work is quite good although no filmmakers have given permission. My motivation takes me to researching all contacts of Cultural Attachés in the world. Because... of course, the world is not big enough, so I searched for these Cultural Attachés in Embassies and Institutes based in Latin America, Asia, Africa, Eastern and Northern Europe. Managed to interest quite a few of them = I wrote PR in three languages to ease the Cultural Attaché’s job and I arranged meetings with the Parisian French Institute and the Foundation of French Alliance. On those meetings, I learnt that he has a female booking agent already in contact with “my” network and that his cachet is not €1500 per date, but €800 per date. I even learnt that he actually toured in West Africa for €500 per date. I write to the Cultural Attachés network, explaining the situation. Despite this, India was highly interested in touring him in five towns for 2011, but it took him two weeks to reply... by then the potential tour had been cancelled. Being paid on a percentage of a cachet... I earned nothing! And my expenses were my expenses.

Having made all those worldwide contacts, I had now to research French artists.
What Time Out (in their September issue) call “These two synth-wielding Frenchmen know how to freak out, with plenty of disco-melting Krautrock...” are actually two talented musicians whose booking agents find normal to put me on a paying guest list in their Parisian’s gig... and refuse to give me their album in order to promote them well. One influential cultural attaché in Latin America felt so insulted by their booking agent that it looks like they might not tour via the Latin American network sometimes soon.
Unfortunately, every single artist or agent I contacted happened to be a friend of that artist-businessman. Paris is a cultural microcosm = most artists-agents rotate around themselves and only bend to kiss their own belly buttons! What they don’t seem to realise is the amount of work it requires for those based in third world countries // the over reduced team // the lack of money to get some good acts going there. These artist-businessman simply behave like spoiled brats asking for extravagant fees, expecting people like me to slave around!

So, on Friday 18 oct 13, I forwarded that email from India after a two years hiatus between DVJ and myself. I just want to believe there must have been a misunderstanding, that we can sort something out, that we have to go beyond...
Sunday 20 oct 13 @ 2.30 am = he actually contacted my network in India in August and sold himself for over €700 per date saying my “job” was insignificant. He didn’t contact an Indian local promoter... he went straight into a door I opened for him! The new Cultural Attachée in India had been given my files and emails and she contacted me by mistake. He’s going to pocket money €3500 out of an opportunity I created. Behind that “peace and love” macho who tatooes his FB’s wall of “let’s fight against the system” hides a “business is business” misogynist, opportunist and narcissique faux-hippie-pinkfloyd-esque! I wonder how many other countries’ Cultural Attachés he has contacted on my “behalf”!


But then again, in Paris, women decide who fly or not and they can see from my last email, the rip-off doesn’t come from me... + now, he will have to pay in Poundland, not in Euros...
Posted by babylondonorbital at 11:12