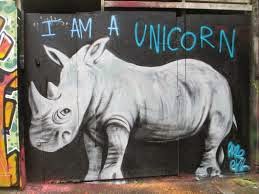 Nicked this pic on Pure Evil
It is in Shoreditch

The blog: started in March 2013 as a way to meet people... find work... hooked up with places and stuff I like... without saying who I was... big challenge! Not because I am a criminal on the run... just see if I can gather crowd... I always have!  I gather crowd, bring money up... to others but I never gain much... I didnt’ even tell my friends in order to play fair.

However, I am pleased that some people are using more London buses and have even travelled back to their countries by coach following my “bus promotion” on my posts. Of course, I am also very pleased that some people have visited galleries or watched films I advised. And quite happy to have received some kind words by those who are great writers or not so great actually. So, in that sense, I have managed to get people accept another of viewing without encouraging a number of “likes” on FB or twitter.

What is un-challengeable is the media furring-up or what I would call the media apartheid. As a blogger, I have on a very regular basis appeared or disappeared from some press lists...
Unfortunately, I have a great interest in Michael Clarke (or choreography of his kind). When I managed to get a press officer contact, I received this questionnaire below – 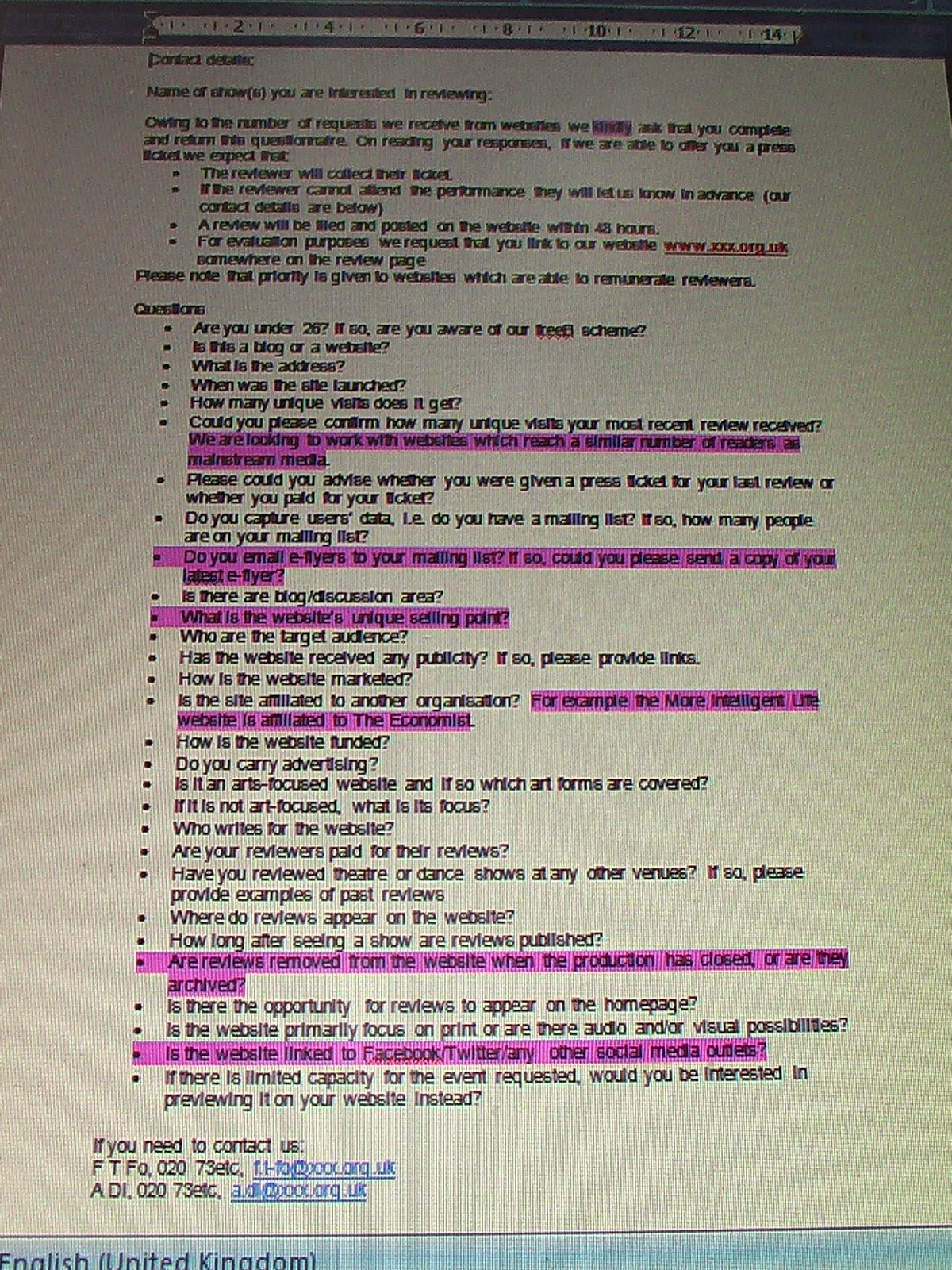 I am told that all art institutions send these questionnaires based on a blog figure. I find the questioning on numbers rather dubious, but what is quite unacceptable is the request made by the institution that actually expect us to act as marketing agent as well. As a blogger, I am, indirectly, expected to send my posts to my mailing list in order to increase the number of viewers and clickers. I would be very keen on knowing if Time Out or The Guardian bloggers are also expected to do so?
In regard of numbers, I was quite keen at the beginning of starting my blog, to mention my viewer’ numbers to press officers as I was told I was doing well... Well, I don’t really understand numbers and I don’t even believe in them in real life. Am total crap at it. If I have 20 viewers from Venezuela within five minutes, I don’t actually assume that 20 people in Venezuela are reading my prose at the same time. I just assume that a geezer or a geezeuse is suffering power cut... well, it is quite likely!

Now, in regard of numbers... here is a little adventure:
On 1 April 2013, I simply mentioned Rachid Taha new album as part of my Middle East post. His UK press officer, then kindly sends me his album. I had no idea at the time of writing that he was going to play at Barbican until a reader mentioned it to me. A quick look on Barbican site and a few tickets had been sold for his gig due 22 June. Three weeks prior to his gigs, I realised he was actually part of the Shubak fest. Not many tickets had been sold and I decide to re-run a post on him and Shubak 12 days before the gig (around 200 tickets to be sold). Two days after my post, the gig is almost sold out.
Looking around the webs, it looks like I was the only one who mentioned the gig, so quite confidently, I asked my contact @ Shubak to put me on the guest list. I’m told there are many free events I can enjoy + if I want a ticket, I have to dig it myself as they wouldn’t provide any press contacts. This is not how I know the media system, but my friend Hutchie had given me the music press dept contact @ Barbican and very confidently, I emailed the contact. No answer and... no answer... finally, I got in touch with Rachid Taha UK press officer who emailed my contact at Barbican and within 5 minutes, I had my press ticket.
Within the next two days following my post on Rachid Taha, I didn’t have a huge increase of viewers, less than 100. What I suspect, is that a few people who read my post didn’t send my post to their friends but send the Barbican link to them, so they could buy their ticket.

A warrior I am, but I am now tired of having to fight because I want to defend a film or an exhibition or a music act. The worse thing is fighting to get a press release and pictures once I have been invited to a show. Sometimes it is fighting to receive the booklet that goes with its screener... sometimes it is fighting because the new trend for film distributors is to send a film vimeo link, so I don’t have to mix with NUJ film critics in a private press screening cinema... that is most of the time empty!

I don’t want to stop the blog, but the amount of time I spend requesting for a press release or pictures is simply ridiculous. Press officers might complain they are very busy and have better things to do than dealing with bloggers – oh yes, they do say they prefer dealing with mainstreams – but this is not my recession. And if they actually like what I write, then it shouldn’t take them any time to send me the same info as anybody else. Mea culpa... I have been indecently retarded at downloading music, but now am a professional and I only download what I am sent and do not share any links! I am pretty sure it is traceable anyway.


Some press officers @ BFI Southbank have implied that my blog doesn’t impact on their season sales. Well, i don’t know how it is traceable but surely it takes time to get credibility. If they are capable to give tickets away to their friends – well, as an example, any DVD shop in Hackney manage to see free films in exchange of free rentals – so, why can’t have the same benefits? Do I stink? Apart from my posts on BFI DVD releases, I have mentioned BFI mediatheque on my Somerset House or V&A posts as references as well as a Punk exhibition where I listed BFI films at the mediatheque. Was I invited to their Punk season? I only realised when I picked up a booklet! If someone can ask them... because I did and have no answers (Hello Brian). I don’t want people to stop going to BFI. They are not the only ones to have this kind of discourse. In my regard, it is a huge disappointment because I started being a member in 1994 and have supported them up until now. If they can only rub shoulders with the rich and famous... well... I don’t have anything pertinent to say here! Maybe I need a break or maybe something has to change, but for now it is ciao!
Posted by babylondonorbital at 14:48