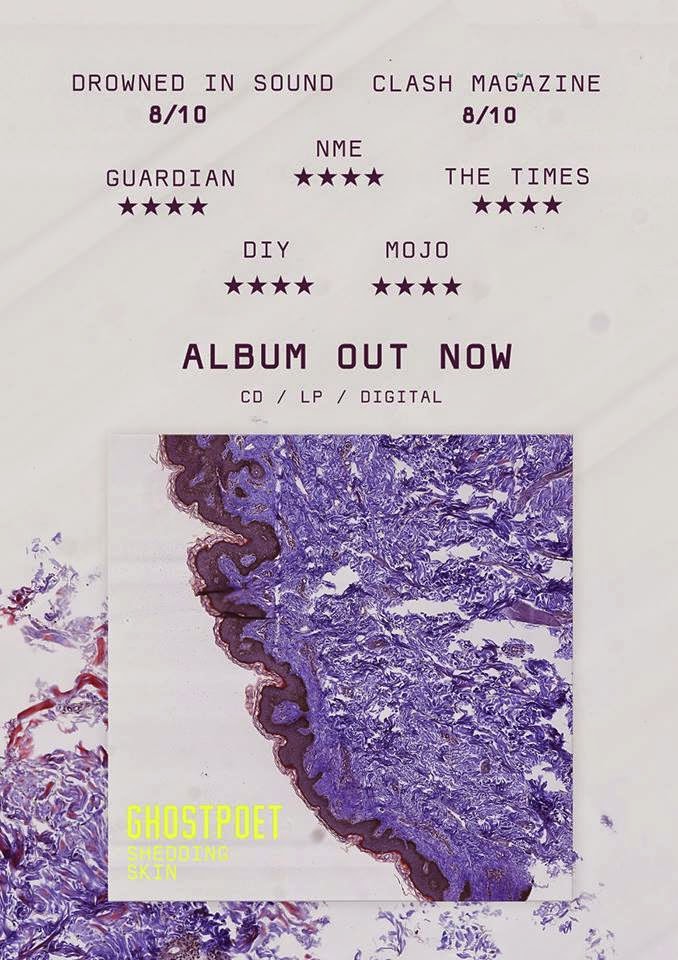 I remember years back, when we communicated via FB, long before you were signed on any labels. Then you got signed and you toured and you continued to record... Jeez... and TBH, I knew you had soul and you would get noticed!

A few weeks ago, I got an email from PIAS France about your forthcoming album. Well, actually, I knew it before Xmas, but got busy.

On Friday 30 January at around 1pm I requested your album and press release in Paris city via the trainee (non mainstream blogs deal with work experience stuff! So, if they make a mistake, no big deal...), I also got in touch with a Harvard professor regarding #CharlieHebdo and a renowned photographer. The photographer read my links and replied within two hours. The Prof replied late afternoon due to time gap.
On Monday at around 8pm, I sent a new buzz to Head of Marketing, just in case the trainee got lost in the e-corridors. Young female Head of Marketing replied two days later... then, the trainee e-barked at me about some technical stuff that I give no fuck about and that she was busy and that other online stuffs are very patient and am not... I had a quick thought on my never-met before Prof @ Harvard who actually travels frequently to lecture around and was in Paris during the #CharlieHebdo attack and wrote about it and traveled back to New York and replied to an unknown reader... me!
I guess some people are passionate about what they do, some are simply spoilt brats!

The exchange I had with French Head of Marketing has its own poetry too due to my freedom of speech (I dared add “so your trainee works @ PIAS but she can’t answer emails?” – cynism is the future and it owes me), so, she replied in her blue blood aristocratic tone: “... you have no education and no basic politeness... you should grow up... you won’t have a second chance to give a good impression... but if you make an effort, I can change my mind... you pigeonhole people... am not friend with Les Inrocks, defo not... but we won’t meet” It’s a short cut from a long exchange but it gives you the nasty vibe!

Of course, nowadays, we can’t expect people from record labels to be passionate about music. When I explained to the Head of Stuff and her puppet about my liking on you and the music and how I worked, all I got was an upper tight ass training a tight ass to-be (but seemed quite tightly arrogant already but that’s French for you) on how to show disdain! Not a single word regarding music from any of them.
But as I explained on my posts about la PJ Harvey @ Somerset House, music bizz is no more about music but about social class division and upper class capitalism when Eton boys (and girls) come out to play the Jackadit game! (Jackadit is a French dictatorial game in France and since your Guillaume played gossips...).

But, it looks like you already advertised those who have advertised you with their twinkle little stars: The Guardian, NME, Mojo, The Times etc. Do you know how many smaller publications have or want to write about you just because they like you? Do you care at all?

Recently I got surprised to hear that the latest Matador signing (who happen to be #AntiCharlieHebdo without supposedly knowing the mag, but we’ll hear it all w/ JD the DJ soon) are off to #Canal+ for l’Album de la semaine on 20 April... I love their #Blood track (3 years old already), I’m defo not so impressed by their first official track from their album, and find it quite weird the entire buzz around these 35+ years old guys... But here we go, music with class... social division class!

All the best for your new upper class adventure...