[EXHIBITION] Soul of a Nation: art in the age of Black Power till 22 October 2017 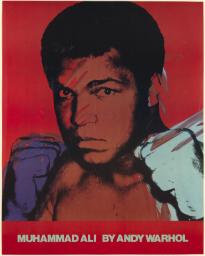 Tate Modern left me an open press pass to visit Soul of a Nation: art in the age of Black Power. So, I went today.
Many interesting artists. I really like Senga Nengudi’s Internal II (1975 – 2015).
She uses tights – once a standard western marker of femininity and professionalism. Tights were mainly rejected by Black American women for whom the standard flesh tone was a reminder of a white standard of beauty. Black women appreciating their own skin tones challenge convention.
More Info: http://www.tate.org.uk/whats-on/tate-modern/exhibition/soul-nation-art-age-black-power

Sorry Tate Modern, I’ll hopefully complete this piece more seriously but due to plagiarism / competition from French publications, I am getting really tired.
Here is an explanation:
http://babylondonorbital.blogspot.com/2017/06/silence-sexist-way-of-behaving.html 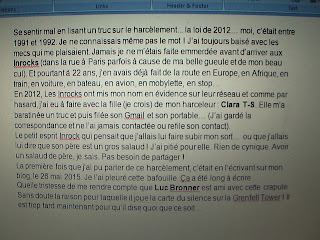 Here is a statement:
Recently, I was surprised to read my article on Grenfell Tower fire in the respectable Le Monde newspaper (21 June 2017).
However, the article was signed by a young man Florian Reynaud. I say ‘young man’ not as opposed to ‘old lady’, but to stress (French) media attention to youth and male reporters / journalists.

After sending a few emails to high rank position holders Luc Bronner & Jérôme Fenoglio @ Le Monde (still unanswered to this day), I wrote a piece related to sexism via silence while mentioning my activities in London, a city I have lived in since mid 90’s: http://babylondonorbital.blogspot.co.uk/2017/06/silence-sexist-way-of-behaving.html
Am I not more legitimate to write on Grenfell than this young man? Could my gender and age be a real issue?

On 10 July, I watched vidéo de Prenons La Une (posted in March 2016) where Luc Bronner is invited to talk about women’s position in the [FR] media. He admits that equality is still a work in progress, adding that expert women on specific topics are rare. They are more commonly seen in the news as victims. In his honest view, I wonder in what field is Florian Reynaud an expert? How could he be an expert on Grenfell if he seems to copy-paste (BBC, The Guardian, my blog), translate?

On 23 September 2017, editor in chief Katharine Viner @ The Guardian is a guest on Post Truth Politics for Le Monde
Are women over 45 years old more tolerated and welcome if they hold a ‘glam’ work position? Are women taken more seriously in order to cover up male editors who fall ‘victims’ of their sexism? Passed 45 years old, can an unemployed female journalist hope to be published in a mainstream media?
[These questions are also valid for people who are disabled, non white or LGBTI]

Le Monde is not the only one to pillage my blog (their silence leaves an open door to discomfort).
Matthieu Pigasse owns also Les Inrocks who have helped themselves on my ideas / articles on the London cultural city since I’ve started to e-publish myself… covering same topics, visiting same galleries / museums (London has so many of them). As if the English capital was a small town where little was happening!
Worse thing is young journalists copy a woman who could be their mother... I am therefore rejuvenating their weekly paper’s image! If only they could focus on Paris... Surely, there must be some happenings there?
London is not just about Brexit, terror attacks, fire, Theresa May or bad news… Hello Le Monde!

Shame Luc Bronner has been ignoring my emails! Shame he seems to protect himself on the sexism issue by RT / follow (young) women since my emails!

Elitism luxury, media power should also give courage to communicate, reassure... preventing from provoking distress! Courage is not about simply worshipping Simone Veil or Virginie Despentes. It should also be about imitating these women / taking a stance... Courage shouldn’t be about using women as a shield against its guilty conscience! Hello Luc Bronner / Jérôme Fenoglio and anybody at Les Inrocks!